Buntes Gebrüll originated from the idea to merge Isabell’s strong affinity for nature and poems into a children‘s book capable of conveying both the breath-taking biodiversity of the animal world and the unique magic of poetry.

Due to the development of more accessible yet transitory media, poems have lost the signifi- cance they once had. The chosen poems convey a sense of the animal’s habitat, their character or their favourite food, and arouse the urge to acquire more knowledge. Additionally, meter and rhythm of the poems help children to learn and comprehend new words.

Inspired by the sound and rhythm of verses, Isabell Altmaier visualizes layers of colours put over each other. Obtaining fresh new colours in this way, the cut-out elements bring new

life to traditional children’s poetry, not least by reduced shapes and conscientious layout. The traditional Japanese printing technique is called ‘risography’. It is similar to silk-screen printing, but easier to handle. 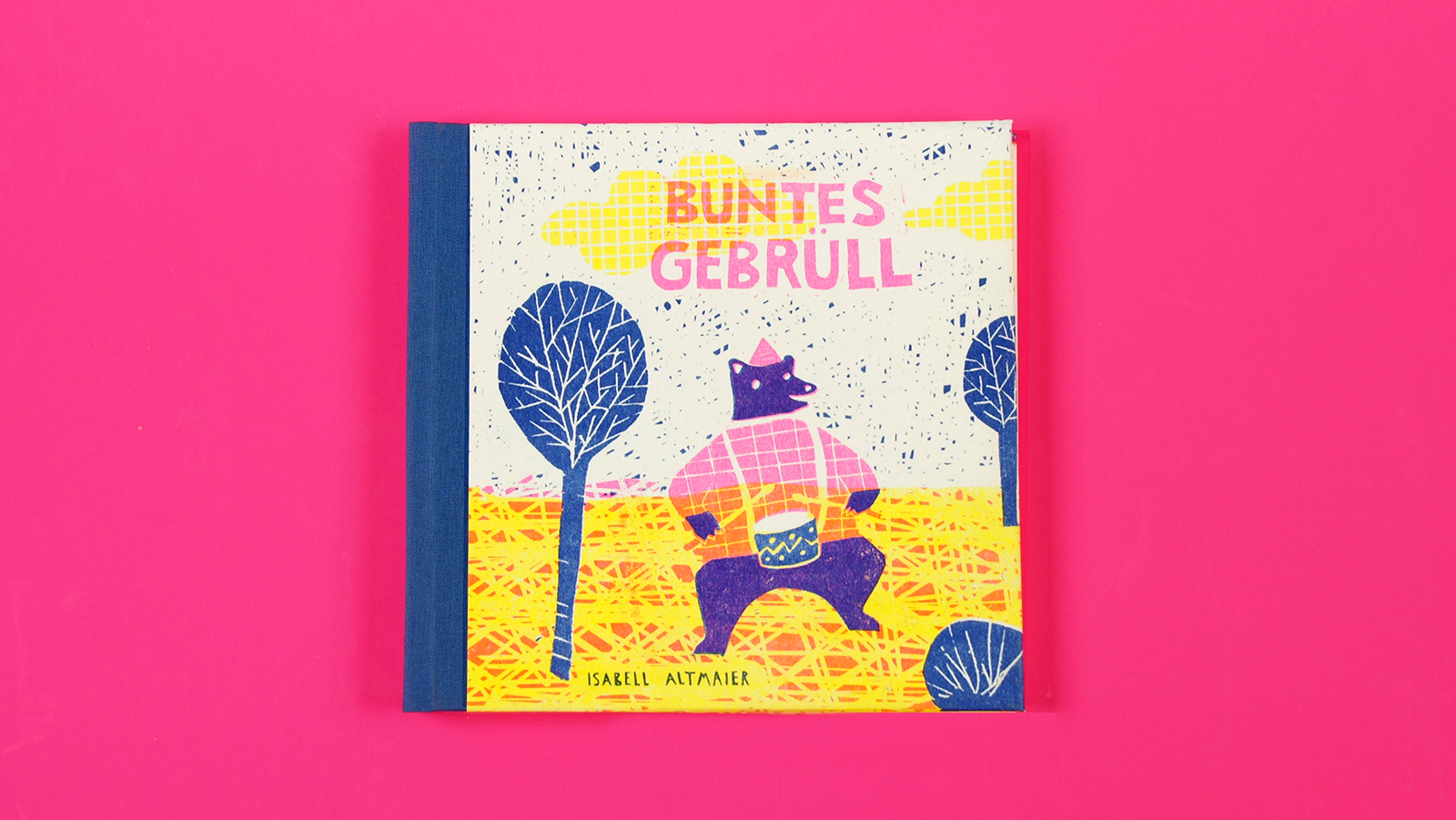 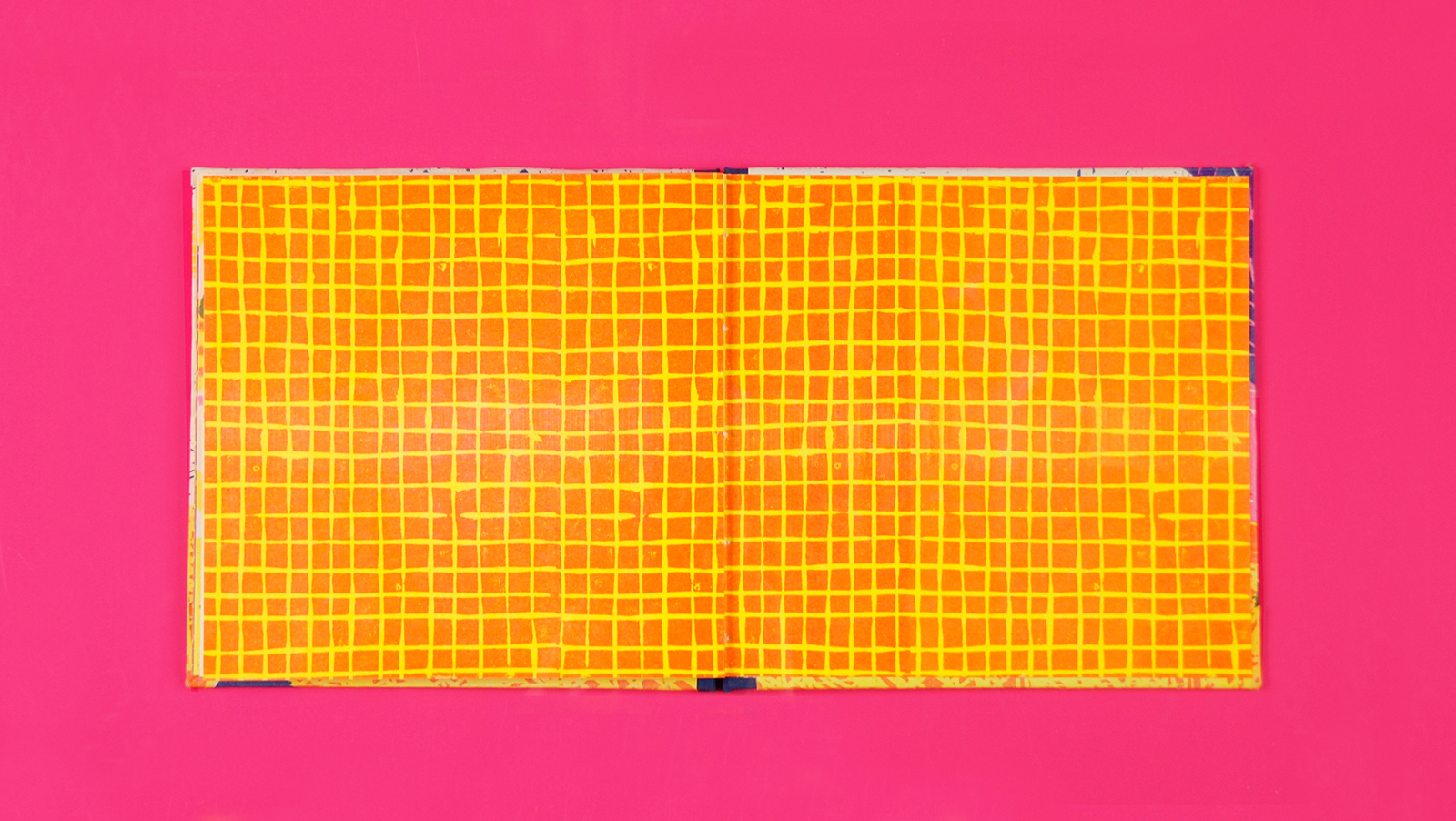 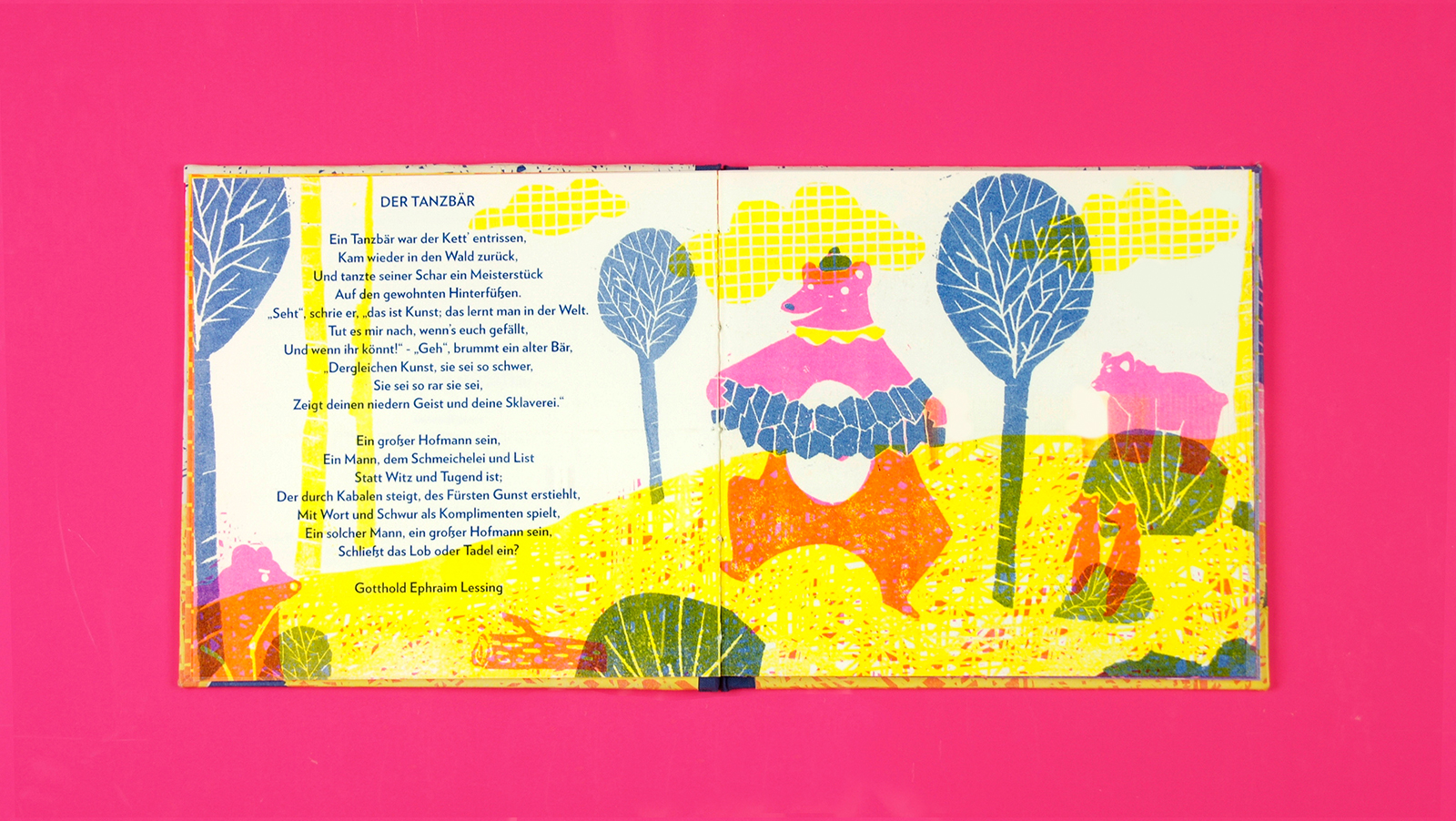 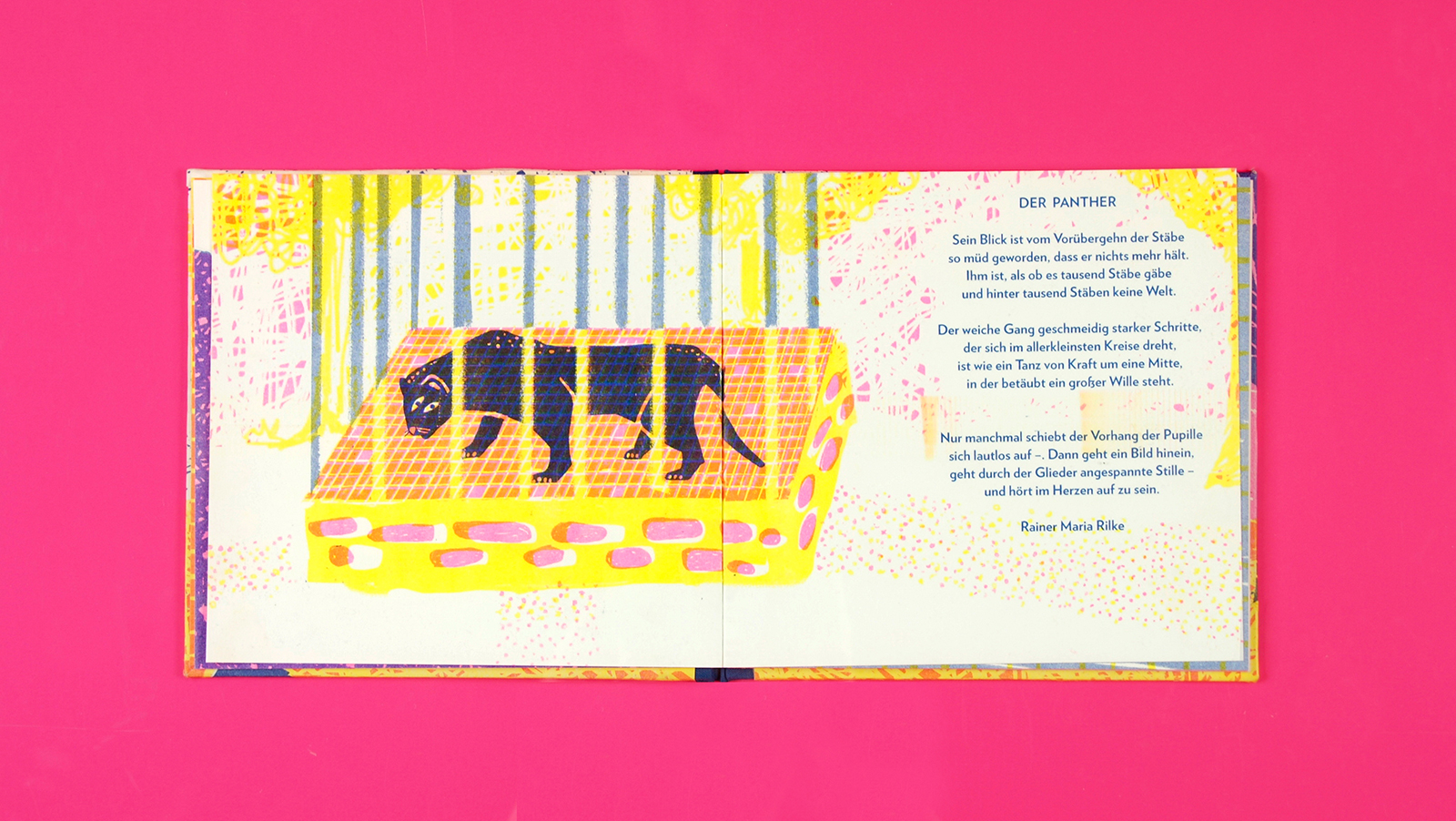 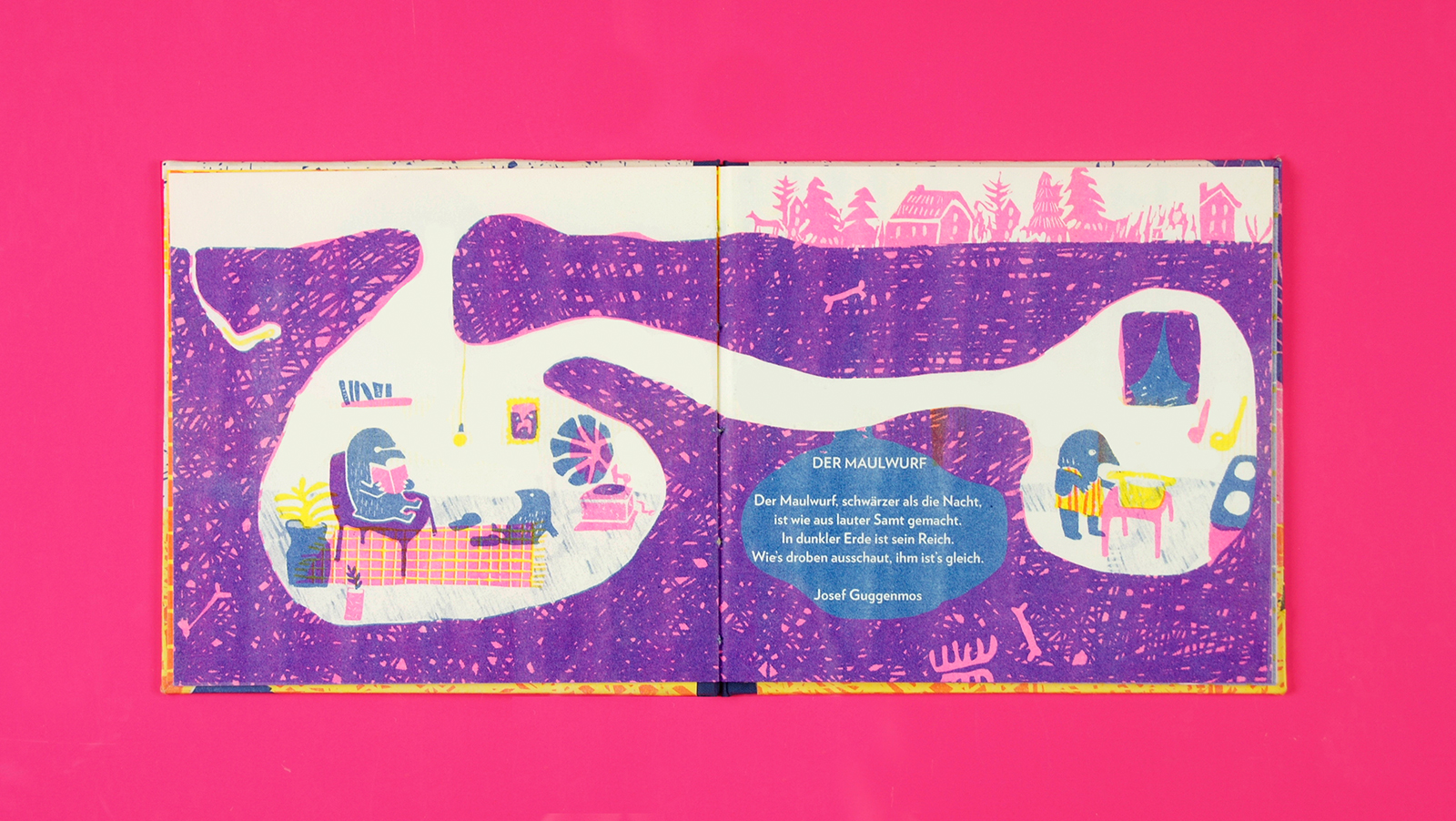 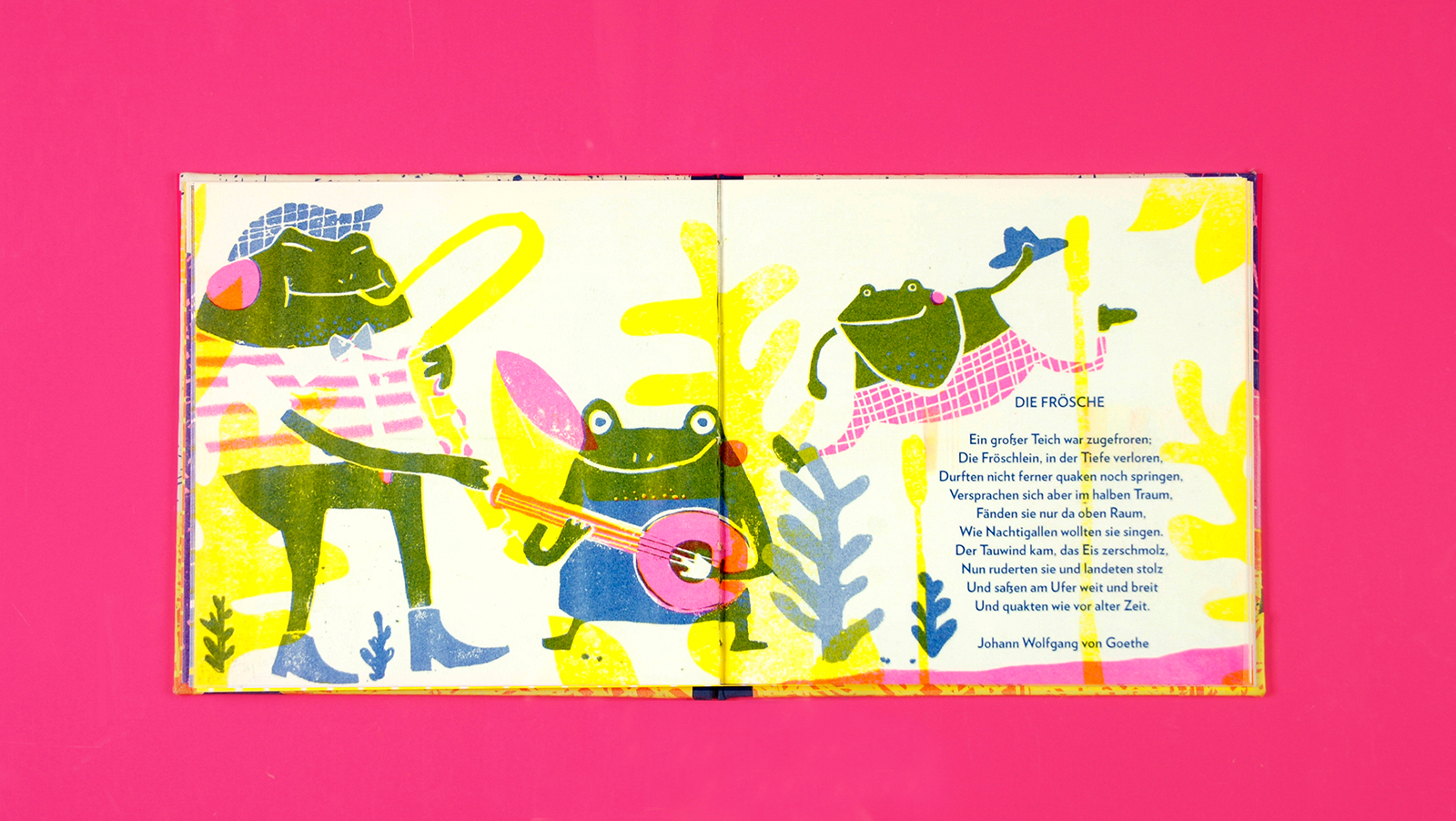 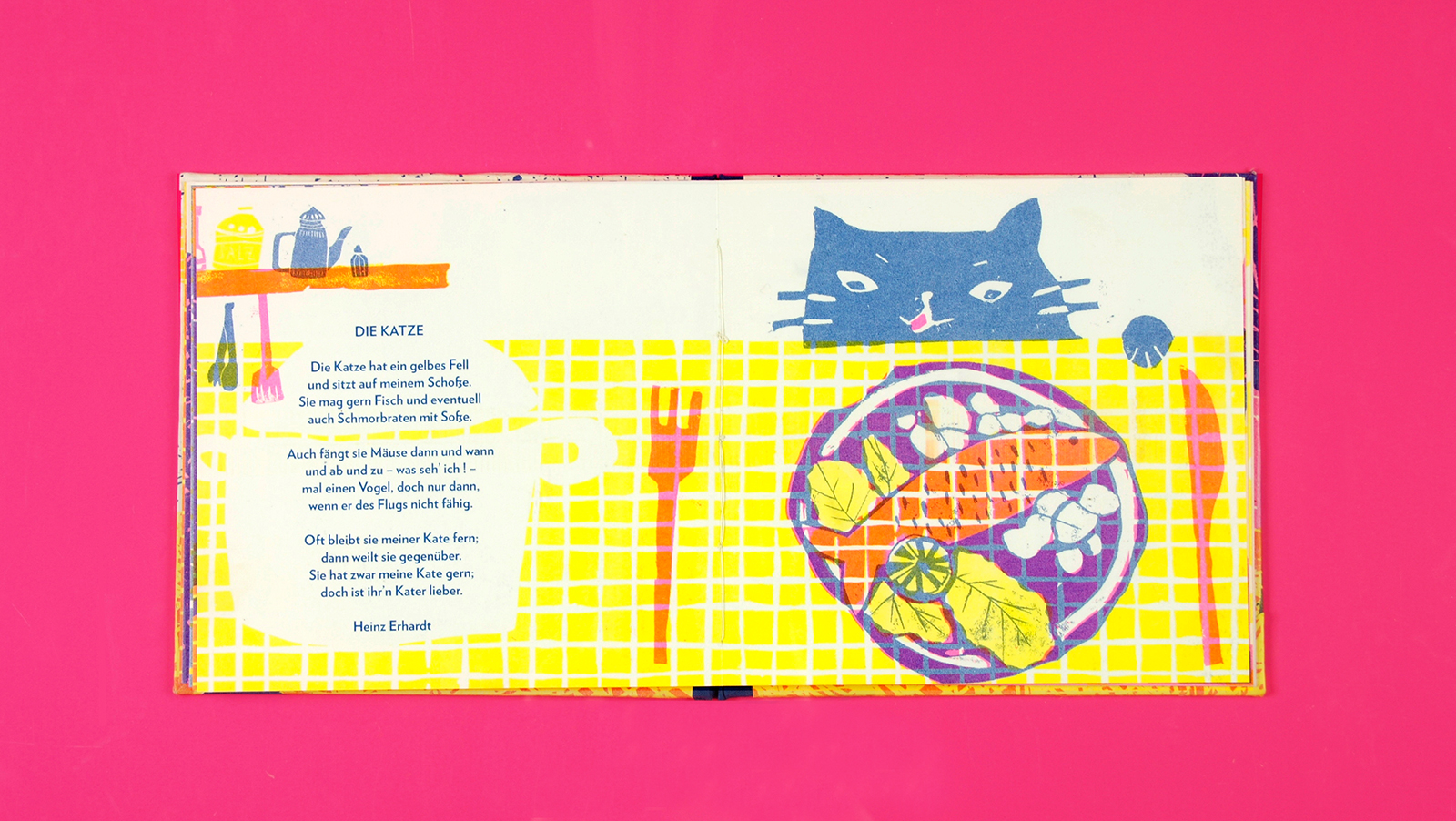 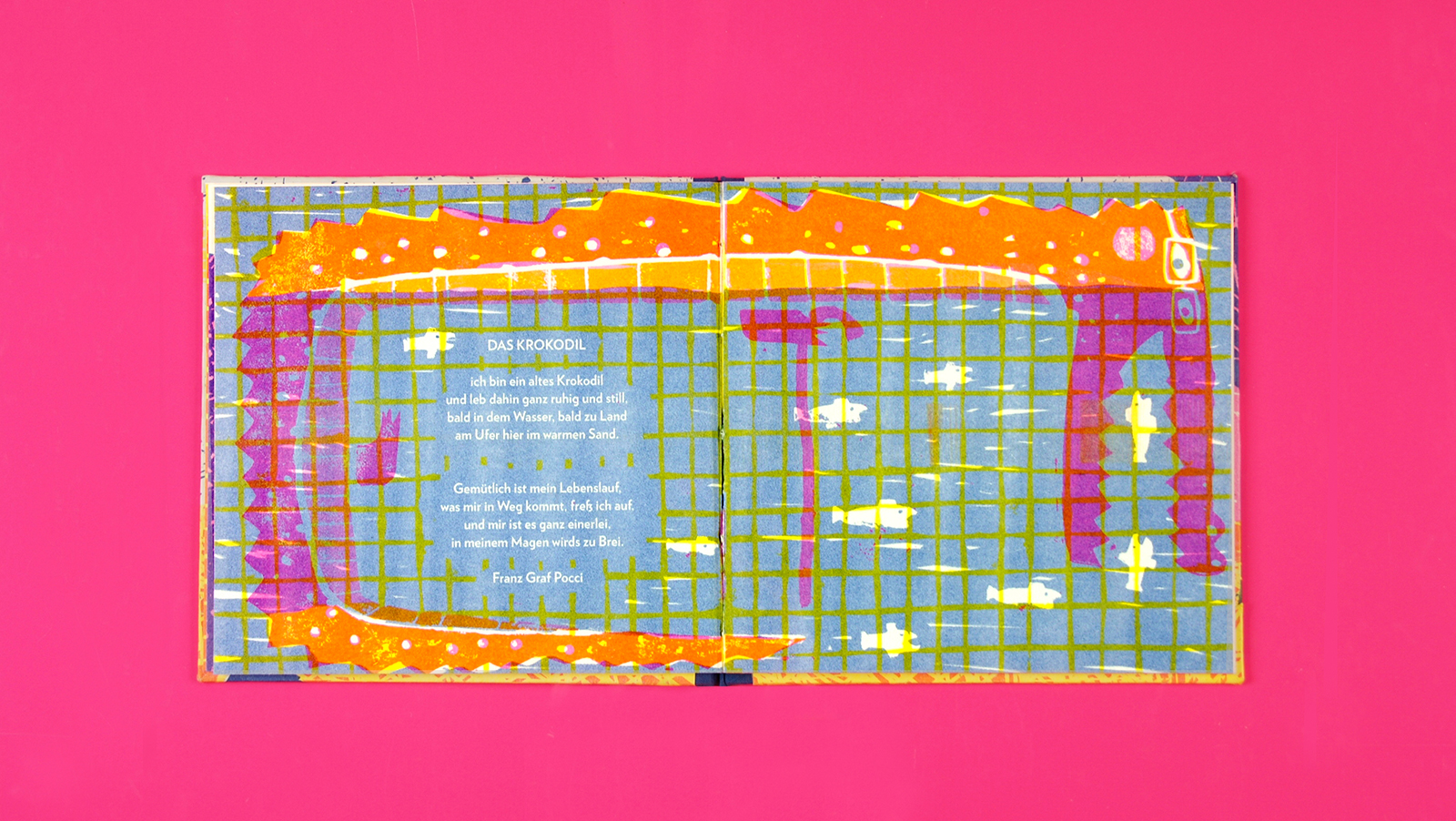 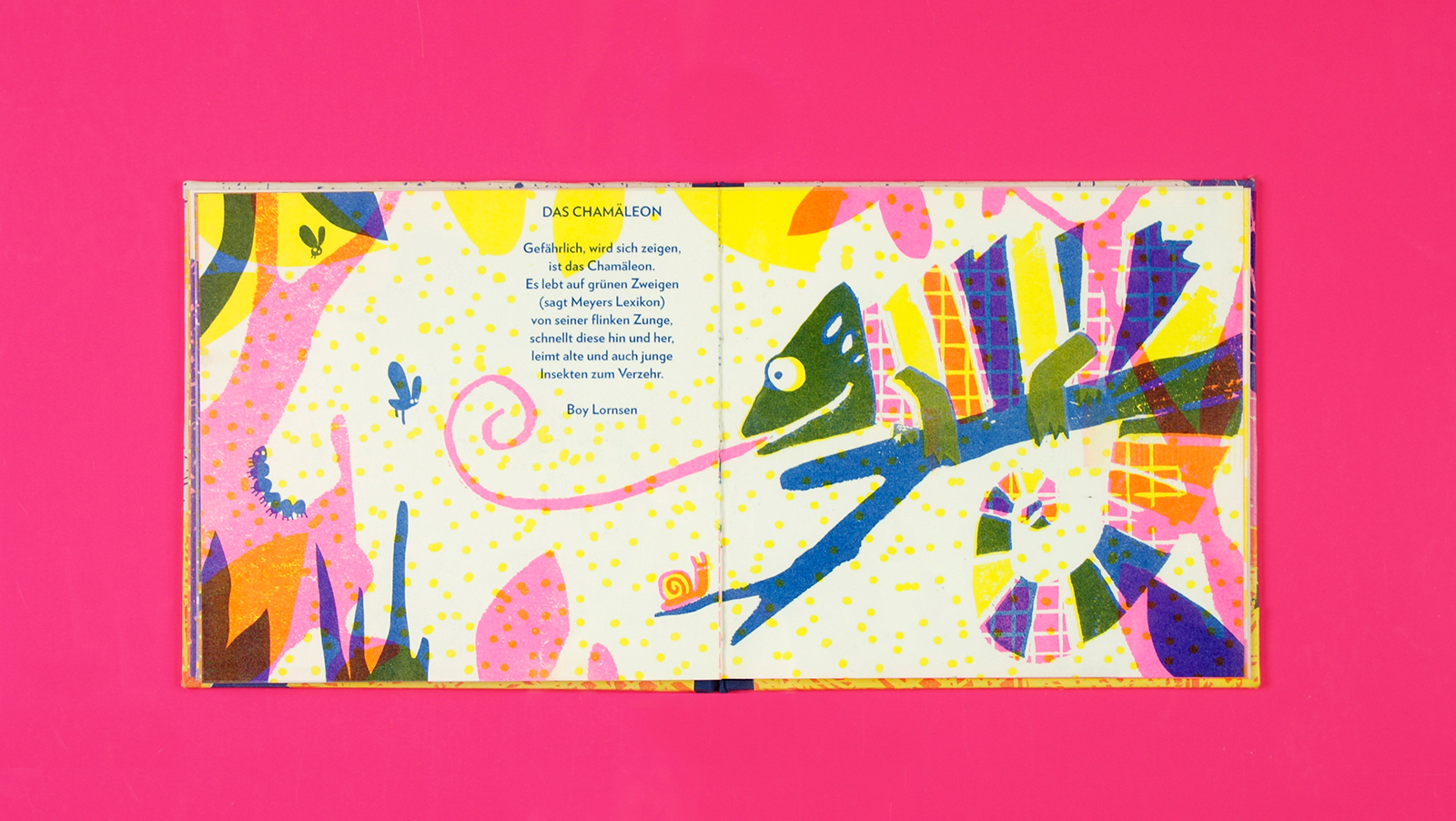 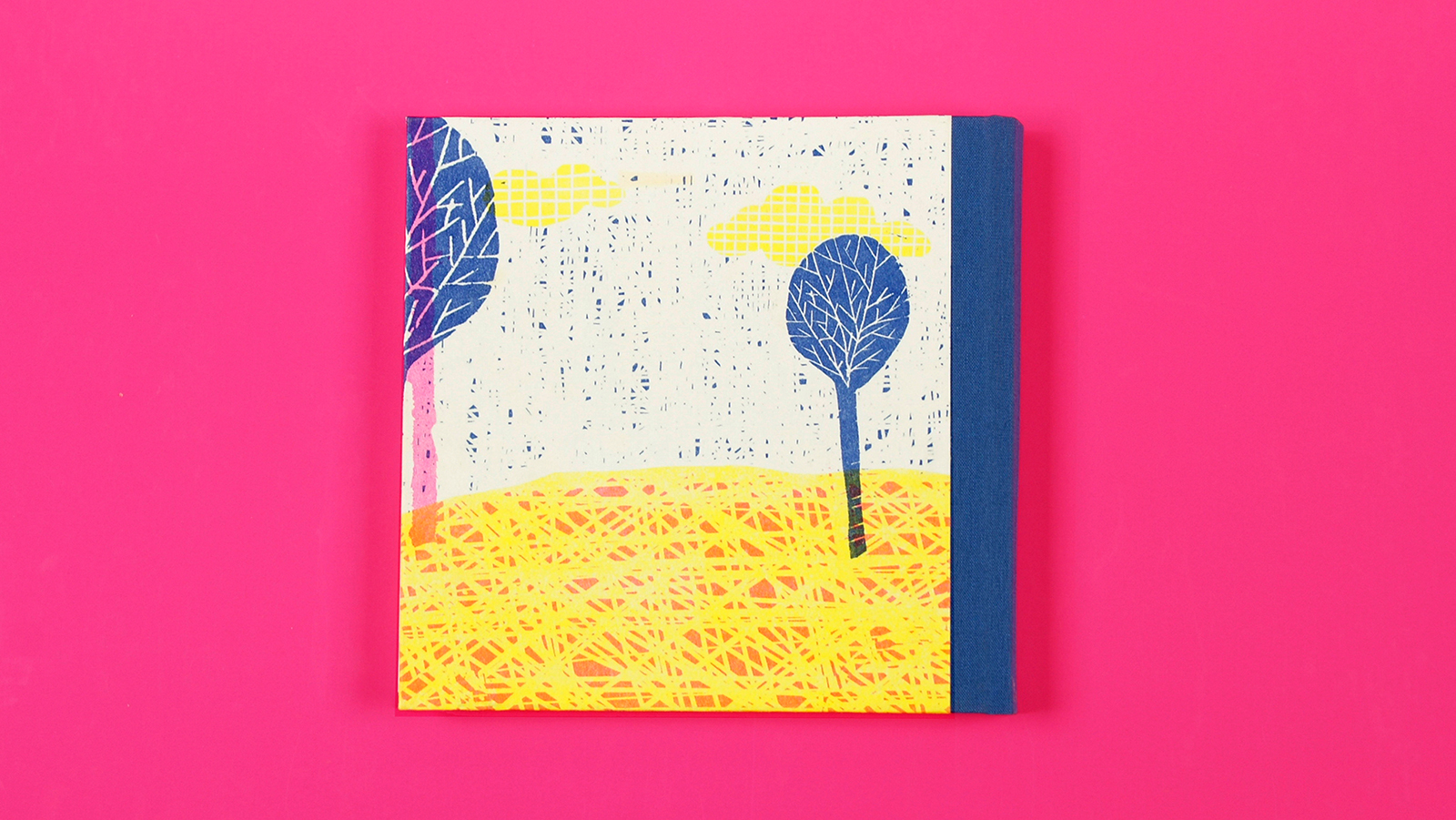